June 5, 1997. It’s a date that brings a smile to beach volleyball legend Sean “Rosie” Rosenthal’s face every time. That’s because it marked the first professional beach volleyball match he ever played. He was just 16 years old. 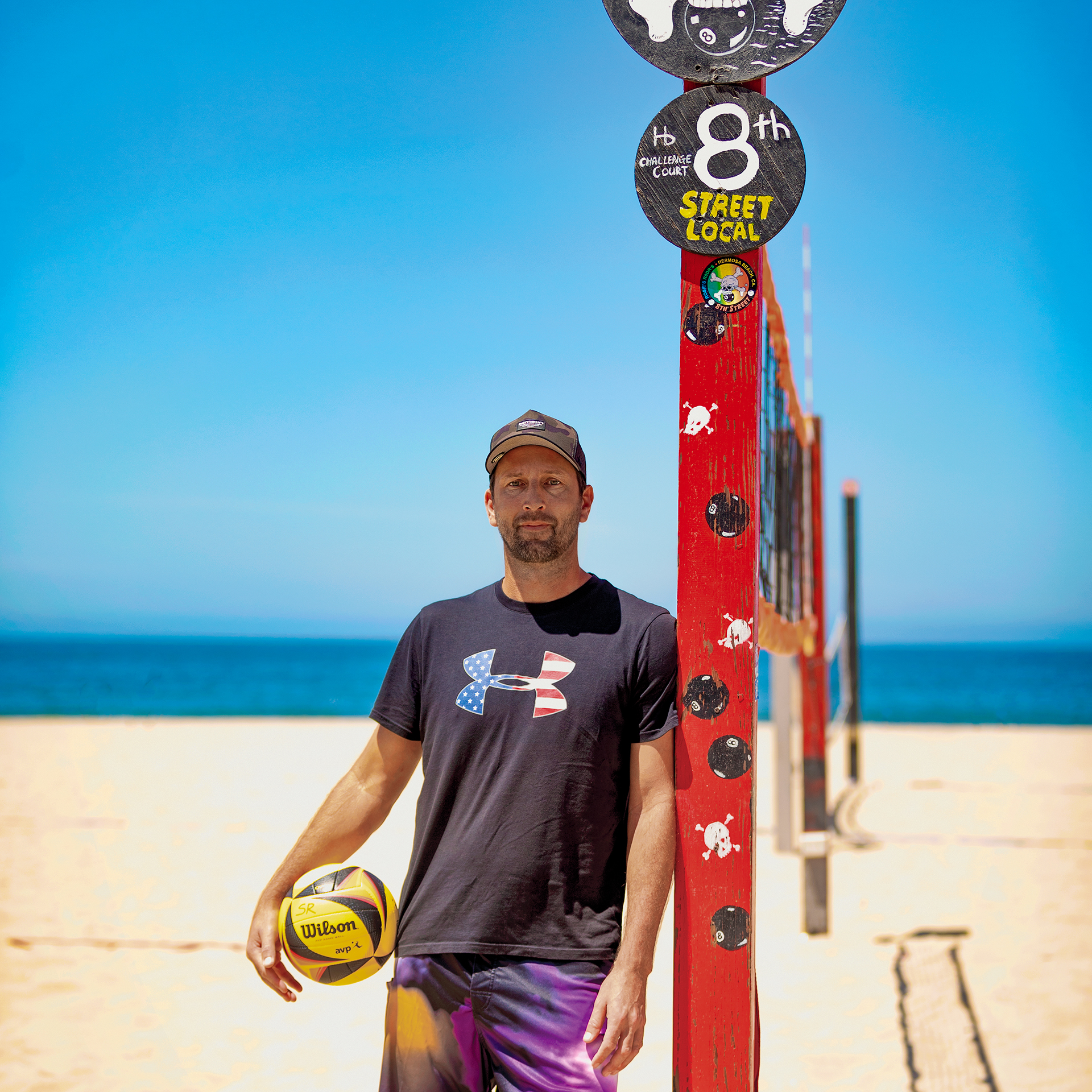 “I got to miss school on Thursday for the qualifier—not expecting to make it—and when I made it with my partner Dale Smith, I got to miss Friday. I was just excited to miss one more day of school,” Sean says. “I walked into the tent of professionals the next day and saw everyone there. It was pretty amazing. I knew from then on, this is what I wanted to do.”

Nearly 25 years later, Sean is still living that dream. He’s been on the AVP tour for more than 20 years and is a two-time Olympian, finishing fifth in Beijing in 2008 and fifth in London in 2012 with partner Jake Gibb. His love of beach volleyball started on 8th Street in Hermosa Beach while attending Redondo Union High School, and it’s still one of the places he practices.

While many professionals on the AVP tour choose to hone their skills playing indoor volleyball at the college level, Sean took a different path. He never played organized volleyball in high school or college. Instead he decided to work his way up from the bottom and dedicate every minute to become a successful professional beach volleyball player. In 2000 he truly began his AVP career, participating in eight events.

Choosing this career path created a raw, gritty quality to his playing style that is still apparent every time he steps onto the court. Jake remembers going to his matches before they were partners and that everyone would talk about his athleticism.

“He has an understanding of the game that is even hard for him to put into words,” Jake says. “One of the biggest goals when I was with him as a partner was to ‘quarterback’ the match, because he had such knowledge about it and had been around it since he was a kid. He found ways to win and understood it at a level that is hard to teach.” The understanding of and trust in each other created a dynamic partnership between the two. Jake saw the kind of person and player Sean was in the middle of a tournament in Acapulco, Mexico, with the temperature soaring above 100º.

“I was getting served every ball and was exhausted. We called a time-out, and I was struggling. I could barely hold my head up, I was so exhausted,” Jake says. “All of a sudden I feel something cool on the back of my neck. Ice is being rubbed up and down the back of my neck by Sean. We never even talked about it, but he knew I needed it. That’s the kind of guy who looks out for his partner.”

Sean’s never won the AVP Hermosa Beach Open but has won the Manhattan Beach Open—considered the crown jewel of the sport—three times. Each time there is a local tournament, you can expect to see Sean’s fan club, Rosie’s Raiders. They don’t just cheer for Sean and his partner but also give his team a true advantage by getting under the skin of the other team because they know the game so well.

“The original ones were 8th Street friends from high school. It has become bigger over the years,” Sean says. “When the name [of the fan club] started, you had the likes of Bo Jackson and Marcus Allen playing for the Raiders. When we were watching one of the games, that’s what it came from. Then we made some shirts and went to tournaments, and it’s just grown since then.”

Another nickname that has stuck for Sean is Superman. While he is 6’4’’, which by beach volleyball standards is considered on the smaller side, his leaping ability garnered the nickname back in 2000. Jake even remembers seeing him jump 40 inches and spike the ball straight down.

With those skills having somewhat diminished as the years have ticked by, Sean is fully aware that his career may be coming to an end. The COVID-19 pandemic has hit the sport hard, and the 41-year-old is recovering from shoulder surgery.

“I love the game and want to play as long as my body can hold up. I don’t have anything left to prove except to myself,” Sean says. “Even though I haven’t won a tournament since 2014, I feel like I can still win. Coming back from this, I’d like to try. I’ve proven more to myself over my career than I ever thought possible.”